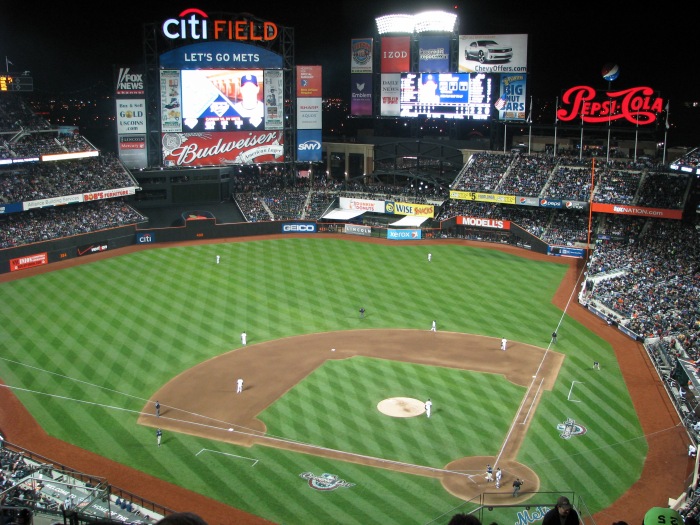 In the old days when we wanted to watch the baseball playoffs we’d have to follow this very tedious multi-step process:

Step Two: Turn the knob to the station that’s broadcasting the game.

Obviously there was a lot of room for improvement with this process, and when I say improvement I mean financial improvement for a very small number of people. This is why you have to have cable TV now to watch the baseball playoffs.

I don’t have cable TV. I used to have cable TV but since I’ve already seen every episode of “Green Acres” when it first aired and I don’t buy jewelry, I felt there weren’t a lot of reasons to hold onto it. There was one reason, though: Monday Night Football. This actually used to be on free TV but then a very small number of people (see above) decided it should be on ESPN. On Mondays I didn’t get off work till 9pm. This meant I could still catch the last half of the game, picking it up around the middle of the third quarter. I was fine with this except that since this was the only cable TV thing I ever watched, I calculated that watching television was costing me $18 an hour. This expense was unsupportable and so I pulled the plug.

This led me to the world of free TV. In order to get free TV all you have to do is get an analog/digital converter box and then a bunny ears style antenna that sits on top of your TV, unless you have a TV that’s only three quarters of an inch deep which you probably do, in which case I don’t know what to tell you. You can get one of these antennas for about $12. Just go to Best Buy and purchase one. Doing so will make you feel real good about yourself for having made a generous contribution to the Chinese economy. When you get home with it, throw it in the garbage. Don’t even bother opening the box. See, what you bought was the Every Third Word antenna, which even when functioning at peak performance only broadcasts “selected highlights” of whatever show you want to watch, though without the advantage of shortening the length of the broadcast itself. So next you’ll want to go back to Best Buy and get a “powered” antenna. This will cost a lot more (about $50) but it has more power since it’s something you plug into the wall. While this is better than the $12 model there’s still a little bit of futzing and adjusting involved. What you want to do with the powered antenna, in order to get the best reception, is decide what television station you like the best and then buy a house that’s within twenty feet of its broadcasting tower. Next you’ll want to run an extension cord out the window and attach the antenna to one of the legs of the tower with duck tape. By doing this you can get half of the Sunday NFL games and “Columbo” reruns.

So, getting back to the baseball playoffs, I was out with a small group for a couple of drinks on Thursday night. At about nine o’clock most of the group was looking to go out somewhere else for dinner. I don’t know if I’ve been sleep deprived or what but I was pretty tired so I begged off and came back to my place. Sitting on the couch, which is in front of the TV, I thought I should probably attempt to do something productive. I thought about writing an opera but then decided against that since I’d have to get up and look for a pen and I really didn’t have the energy. Then I remembered–having seen it on the bar TV–that the National League Wild Card game was on (at this point I’d given up on “being productive” and opted for “watching something move.”) I thought the one thing I would really enjoy doing right at that moment would be to watch grotesquely over-paid people play catch. Plus, it was a winner-take-all affair between the Mets and the Giants (loser being eliminated from the playoffs), so somewhat dramatic. And when I left the bar it was still a zero-zero tie in the sixth inning. This could actually be pretty exciting (for somebody who’s already half asleep). And I was pretty sure there was a way to accomplish this even though I didn’t have cable TV. What I did have was a Roku (incidentally roku is the Japanese word for “six.” And this device is called “roku” because all the components are in a seemingly traditionally shaped box, however, this particular box has six sides. Clever, huh?) So on Roku there’s this thing called MLB.com. I knew this probably stood for Major League Baseball but was also aware of the possibility that it was a real estate site and stood for Multiple Listing Bozos (it was the baseball one. Woo.)

Now, I’m very hesitant about involving myself in things related to technology because experience has taught me that getting involved in technology that I’m not familiar with has the same results as inviting Dracula into my home. But I was feeling very confident. And so I followed the instructions that I was getting from the Roku TV and then followed it to MLB.com on my I-pad where I set up an account. At the site it said I could watch all of the playoffs for just $3.99. I thought that was a great price. Then I entered all my credit card information and it said I’d be charged $24.99. The funny thing about this is the fact that I didn’t find it in the least bit surprising. So I moved on, getting pretty excited and hoping I could wrap this all up and still see the end of tonight’s tense game. And just about when I thought victory was mine, the screen said, “Please enter the activation number given by your Roku.”

And my response was, “What?” This completely baffled me as there seemed to be several steps missing, such as an explanation as to how to get the Roku to provide me with information that I was incapable of requesting. Left with no alternative I tried chanting, “O’ mighty Roku, knower of all things and giver of the activation numbers, I beseech thee to bestow upon thy unworthy servant the power to maketh the baseball go.” But nothing happened. Then I tried, “Roku, Klaatu barada nikto.” Still nothing.

But I refused to give up (which is really unlike me, so I’m thinking maybe two beers and a lack of sleep make me way braver and/or goofier than normal). And as I furiously entered more data into the baseball website it seemed like something positive was going to happen. I saw the spinning thing spin and the sentence “Processing your request” and I thought, “This is going to be so cool.” And then the next thing it said was, “This game has been blacked out in your area.”

This game is in New York and I’m in Wisconsin. That would make “my area” America. Also, I just gave them $25. Obviously there was some sort of screw up somewhere.

I was unsure what to do next. I looked to the end table on my left for any sort of baseball sized object that I could throw through the television screen. Typically, when confronted with a some sort of technology that isn’t functioning and I don’t know the reason why, I respond in a manner that might be considered highly unproductive. Invariably this results in the technology thing remaining in a non-functioning state as well as some other random object in the vicinity becoming also non-functioning, and permanently so. Like a chair.

Now, I have to backtrack just a bit. One hour earlier as I came through the door, I happened to see a little one-inch millipede on the hallway rug. This was not the rocketing house centipede thing that gives everybody the creeps including professional wrestlers who upon seeing one in the gym will scream, “Eeek!!!” even with other males present. No, this was a tiny, very slow moving thing. I can’t even say it was going one mile an hour, which I can calculate as I know that the giant tractor platform NASA uses to move the space shuttle from its barn to the launching pad goes at one mile per hour, and I could see that this animal was not moving nearly that fast, which makes me wonder what the point is of having a gazillion legs if you can’t even outrun mold. But my response to seeing this little creature on the floor was, “Well, hello there.” So I picked it up in a tissue and took it outside.

My response to seeing the mosquito was “Kill.” Jarred from my technology induced sense of incompetence I rose slowly, stealthily. I moved forward. Stalking. I was no longer a perplexed and befuddled Roku owner. I was Bruce Lee.

I tracked. I waited. Whap! A miss. Stalk. Wait. Whap! A miss. I had once read that tigers only succeed in one of ten kill attempts so I knew I still had seven chances left to prove I was better than an apex predator. Whap! A miss. The mosquito exited the room. I tumbled into the hallway behind it. Whap! A miss. Silence now. No movement. There! On the garage door! Whap! A miss! Bathroom door molding! Quickly, with the left hand! Whap! Nailed it.

The home was now secure. The primordial challenge had been risen to. And priorities had been properly re-established.

Sleep came easily Thursday night. Before dozing off I felt good. I felt strong. I was the king. I was the one in control. And it was I who was the apex predator. These were the important things. Nothing else. And it was this renewed sense of confidence and thus peace that lulled me into sleep. I also took a Valium.

I felt good the next day, which was yesterday, Friday. And while I had missed the baseball game that night, there was an even bigger baseball game tonight: the Cubs were playing. Woo! I grew up in Chicago and like many generations of Chicagoans before me, I had waited an entire lifetime to see the Cubs get into the World Series as the Cubs haven’t been in the World Series since the same year Illinois was granted statehood (12 BC). I had no intention of driving myself insane again by trying to figure out how to watch the game. I had a better idea: the radio. Yeah, doin’ it old school. Yeah, that’s right. I turned it on at 8:15, just in time for the first pitch. WGN–“Home of the Chicago Cubs”–a review of the presidential debate. WBBM Chicago–a high school football game (seriously?) ESPN radio–a college football game.

Fine. I don’t care anymore. Tonight is the second game of the playoff series at Wrigley field in Chicago between the Cubs and the Visitors. And I’m going to miss it. And that’s okay with me, because at 8:15pm I’m going to get a beer, sit in a comfy chair, and watch “Columbo.” For free. Ha!