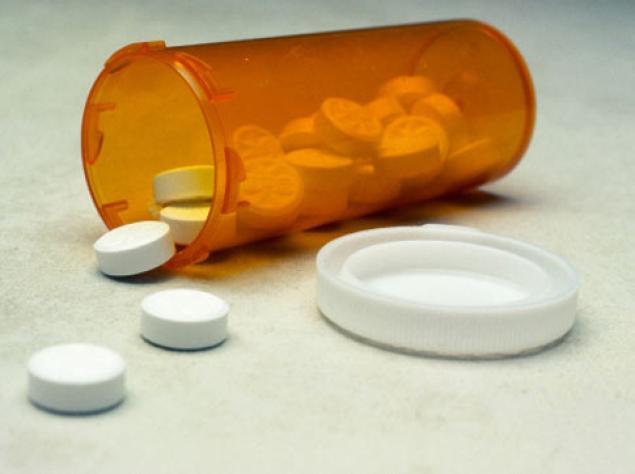 The following is a paid advertisement.

Hello, I’m not a doctor but I play one on TV. Let me ask you a question:

Do you consider yourself a smart person? Do you have an I.Q. of 110 or higher? If you do, then you most likely understand that life is filled with complexities, shades of gray, and causes and effects that are not apparent to most other people. But while you may not know it, you may also be suffering from Socio Complicosis Miasma, or SCM, a disease affecting four out of ten people with above average intelligence, debilitating them with what we in the medical community more commonly refer to as the inability to see the forest for the trees.

That’s where Simplifyitol comes in. Taken once daily this little pill has been reported to lower I.Q. levels between 10 and 30 points, letting you see things for what they really are. But don’t just take my word for it. Listen to what others have said:

“My husband used to beat me and the kids. I felt that his upbringing in an impoverished environment coupled with a father who was not present and a mother who worked two jobs and was unable to provide the sufficient amount of love and attention he needed to develop a healthy relationship with a woman and his own children was the reason he took his frustration out on those nearest to him. He drank a lot too, but I knew alcoholism was a disease beyond a normal person’s control, and with the pain that he had experienced in his life, he was simply self-medicating. Because of that I felt an obligation to stay with him and nurture him. But after taking Simplifyitol for two weeks my I.Q. dropped fourteen points all the way down to 96 and I was able to see that he was just kind of an ass. Me and the kids are moving to Seattle. Thanks, Simplifyitol!”

“I’m a public school teacher. It used to be tough every day to find things that would inspire the kids and encourage them to sit quietly and listen to what I had to say. They could be pretty rowdy and distracted. It was getting stressful and so my doctor recommended Simplifyitol. I’d been taking it for a couple weeks. Then one day, when the class was being quite boisterous and unruly, I remember I said, ‘Shut the hell up! And if you’re not going to shut the hell up then you can get out of my classroom and not come back ever, and not graduate, and be ditch diggers and two-bit stickup men and spend the rest of your life in prison, because I don’t give a rat’s ass!’

“I knew then that the Simplifyitol was kicking in. And funny enough, I never had any problems with the kids after that either. I think they were frightened actually. And that made my life so much easier since I no longer felt the need to come up with inspiring things, which was kind of exhausting. Thanks, Simplifyitol.”

“I’ve been a corporate consultant for the last seven years. I’ve travelled all over the country giving seminars called Increasing Employee Productivity Through Person Acknowledgement. Between those seminars and selling my books and instructional CD’s, I was making a six-figure income. But something was missing. I just wasn’t happy. Maybe it was all the travel and so much time away from my family. I told a friend and she suggested Simplifyitol. Several weeks went by and my feelings really hadn’t changed. Then one day I put on one of my CD’s and heard myself saying,

‘To enable an employee to be more productive it’s necessary that you listen for the content in their opinion and listen for the implied relationship that signifies whether or not they’re receiving the appropriate input that enables them to voluntarily provide the level of productivity you desire while simultaneously giving them access to a reward system which in turn promotes continued reciprocal impetus.’

“I was drinking a glass of chablis at the same time as listening to this and it almost came through my nose. Wow, what a gas bag. Is that really me? And this CD set is sixteen-hours long. Yikes. Now when I get emails or phone calls from companies asking to set up a seminar, I just respond by telling them to allow their employees some measure of autonomy and treat them with the same degree of respect that they would want in return. Then I send them a bill for $4,000. It’s been a huge time saver. And my family loves having me at home again. And I’m still making a six-figure income. And I’m not selling snake oil to corporate sheep, so I sleep better at night, too, mainly because I don’t have those weird dreams anymore where I’m in a gondola with Satan punting along a Venice canal and Jesus is hanging out a bakery window trying to grab me by the hair. I never liked those. Thanks, Simplifyitol.”

Life can be complicated. But as James Whitcomb Riley once noted, “If it walks like a duck, and swims like a duck, and quacks like a duck, it’s probably a duck.” And Sigmund Freud seconded that idea by saying, “Sometimes a cigar is just a cigar,” even though he might have been talking about something else. But they’re sort of the same. So try Simplifyitol for sixty days and find out what you’ve been missing. If you’re not satisfied with the degree of invigorating mental clarity achieved after sixty days of use, we’ll give you your money back. That’s the Simplifyitol guarantee. Isn’t it time you gave it a try?

Simplifyitol–because most of the time life isn’t nearly as complicated as you think it is.