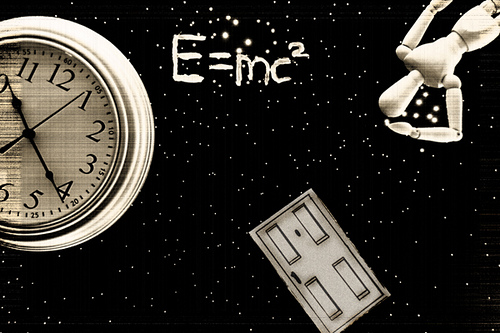 “Happy birthday, honey. What do you want for dinner tonight? Your choice.”

“Oh, thanks, hon, but I’ve got two tickets to a new dinner theater that just opened. What do you say we let somebody else do the birthday cooking and see a play while we’re at it?”

“You’ve convinced me. Are we leaving now?”

“That’s the great thing, it’s right around the corner. We don’t even have to take the car.”

(Hold for five seconds on closed door after they leave. Pan slowly across the empty apartment living room. Stop on figure with cigarette. Hold).

Frank: I don’t think we had a preference.

Maitre d’: How do you mean? No preference.

Frank: I’m sure either will be fine. Which has the better window view?

Helen: I’m not sure I’d care for either. Can we just sit in the middle?

Maitre d’: The Chamber is where the people who sit in the Chamber sit.

Frank: What play will you be having tonight? It’s not written on the ticket.

Maitre d’: We do not have plays. We have Senate subcommittee hearings. Let me see your tickets—where you’re supposed to be sitting will be printed on the ticket. (looks) Oh my. Your ticket, sir, says you’re sitting on the right side of the room but your wife’s is for the left side.

Helen: We would like to sit together at the same table.

Man: Is there a problem?

(The man stands by Helen. He wears a French policeman’s uniform with medals on the chest, and on his head a gold embroidered kepi).

Renault: Is everything alright?

Maitre d’: This party for two has tickets on opposite sides of the room. (He hands Renault the tickets).

Renault: Indeed. How interesting. (to Frank) You two are new here. What brings you to Chez America?

Frank: A friend of mine from work suggested it.

Renault: Indeed. (pauses) Well, we’re always pleased to receive recommendations. (eyes Helen, then back to Frank) The two of you are married?

Maitre d’: Come with me.

(Follow past booths on a narrow walkway. All booths are against walls with windows. In the center of the room is a large open space accommodating another large room ten feet below. That room has desks and chairs but they are hard to see as the room is dark).

Waiter: Good evening, sir, madam. Welcome to Chez America. I’ll be your waiter this evening. My name is Hobson.

Frank: Splendid. I wonder if we might see a menu.

Waiter: We don’t have menus, sir. We have just two entrees. I’m sure one will be to your liking.

Frank: Okay, what have you got?

Waiter: Rare T-bone Steak Under Sand or Tofu Salad with Elmer’s Glue-All Vinaigrette. I’m partial to that one myself.

Helen: The steak comes with what?

Helen: I don’t want sand. Can you leave that off?

Waiter: No. Shall we have the Tofu Au Elmer?

Helen: I don’t want that either.

Frank: Neither do I. Just bring us a couple glasses of wine.

Waiter: The wine industry exploits migrant workers. We have beer if you’d like that.

Frank: Fine, I’l have a Budweiser.

Waiter: We do not serve Anheuser-Busch products on the left side of the room, sir, as major corporations such as Anheuser-Busch, by virtue of their bloated enormity, squash competition and so prevent independent and gifted artisans of the brewing craft from finding a sustainable market, thus leading them to bankruptcy and a life of despair. If you want a Budweiser you have to be sitting on the right side of the room.

Frank: I don’t see any available tables on the right side of the room.

Waiter: Might I suggest our house beer that we make ourselves then?

Frank: Oh, okay. Is it a Pilsner, or a Lager, or what exactly?

Frank: I’ll just have a glass of water.

Frank: Don’t put vinegar in it! Just give us regular water.

Waiter: The vinegar is already in the water, sir. There would be no way to remove it.

Helen: Frank, this is ridiculous. Let’s get out of here—

Waiter: I’m sorry, no one is allowed to leave once the Senate subcommittee hearing begins.

Frank: You can’t tell us we can’t leave!

Renault (suddenly appearing): Is there a problem?

Waiter: I told them they can’t leave once the hearing begins.

Renault: Ah, yes, you see it’s dark in the restaurant now and you could accidentally injure yourself by leaving. (patting Frank’s shoulder) Just stay awhile. I’m sure you’ll enjoy the Senate hearing.

(Several men sit at a long dais at the front of the Chamber. One man sits at a table in the middle of the Chamber, a harsh spotlight upon him. From the dais, the Senator speaks).

Senator: Mr. Hanson, you are the head of the Secret Service here in Washington, is that correct?

Senator: And you were in charge of security for the president’s motorcade from the airport until it reached the Grand Hotel on Lexington, is that correct?

Senator: Mr. Hanson, when the eggs were thrown at the president’s car, what action did you and your people take?

Hanson: We immediately located those responsible, prevented  them from throwing any more eggs or doing further harm, and turned them over to local police.

Senator: But that didn’t prevent the eggs from being thrown and the president’s car from getting all gooey, did it, Mr. Hanson?

Hanson: There was no way to determine beforehand that there would be egg throwing.

Senator: Are you familiar with Miller’s Market two blocks away from where the incident took place?

Senator: Miller’s Market sells eggs! Maybe if you were familiar with this fact, knowing that the motorcade would pass within two blocks of an establishment that sold eggs, this tragedy could have been prevented! Why wasn’t this store shut down beforehand!

Hanson: Uh…the Fourth Amendment, unlawful search and seizure, buying or carrying concealed eggs is not a felony…what am I missing?

Senator: A sense of duty and responsibility to this country—that’s what you’re missing!

Hanson: Should the senator wish to question my duty to this country, I would be obliged to remind him that I’m a war veteran. And I didn’t wait for my country to tell me to go fight—I enlisted and didn’t think twice about doing so.

Senator: Are you married, Hanson?

Hanson: I have a wife and two children but fail to see how that’s relevant!

Senator: Well, you must be an embarrassment to your wife and children that’s all I’ve got to say! As a matter of fact I’m amazed that you even have children since I can’t believe any woman in America would let a creep like you touch her. You make me sick!

Helen (standing): Why are you being so rude! Stop it!

Frank: Don’t you tell my wife to sit down!

Other: Both of you shut up!

Other: Don’t tell them to shut up!

Other: You shut up!

Other: Who are these people anyway!

Other: I heard the woman say she wanted to sit in the middle!

Other: Milquetoasts! Jellyfish! Do Nothings!

Other: The man ordered a Budweiser!

Other: You’re a reactionary!

Other: You’re a pig!

Other: No you’re stupid!

Frank: Run for it, Helen!

(He grabs her hand. Together they race through the restaurant and out the front door, down the long street, disappearing into the night).

(From front door, hold till they’re out of sight. Hold on empty street for five seconds. Pan right. Hold on figure with cigarette).

“A dinner gone not as planned due to limited choices and bad manners. But Frank and Helen are on their way home now, where they can have whatever they want to eat, and in peaceful privacy. And it’s safe to say, they won’t be returning anytime soon to have dinner at this particular establishment … … in the Twilight Zone.”