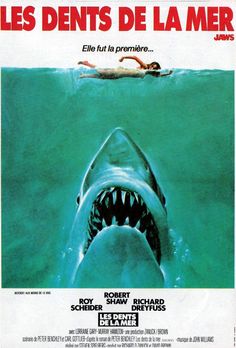 Have you ever seen the movie Jaws? I have. I’ve watched Jaws many times. Jaws is a fine film. I really like Jaws. I’m sure there’s a good chance you like Jaws too given how famous and popular Jaws is. But if I had anything negative to say about this movie (Jaws) I would have to say it has a really dumb title. But we don’t mind. The reason we don’t mind is because we never noticed it has a dumb name, and the reason we never noticed is because the essence of what something is completely obliterates the unsophisticated aspect or major lameness of its name and renders that name equally cool (there’s actually a term for this phenomenon. It’s called juvenile associated word suppression. Or J.A.W.S. for short). For example, I wouldn’t be inclined to go see a movie called Feet without a real good recommendation from somebody I lived with. You probably wouldn’t either. But when you think about Jaws you think “great movie.” You never think about how stupid the title is. The name completely undergoes a transformation from something dumb to something cool simply by its association with the cool thing it’s identifying. Or it’s associated with something useful and important, such as the walkie-talkie, which causes me to wonder what nine-year old working for the Department of Defense in World War II came up with this invention and its infantile name:

“General Eisenhower, I’ve just invented a device that will allow our troops in the field to talk to each other from remote locations without the use of wired communications equipment. It could win the war.”

“Splendid. What do you call it?”

“Do you think you could come up with something a little more military, son?”

“Keep working on it.”

Many movies, getting back to them for a moment, like Jaws, oftentimes don’t have very well-thought out titles, as doesn’t Jaws, and yet their greatness as a film manages to mask the ineptness or incomprehensibility of their name. (I really see nothing wrong with as doesn’t and if you do please leave a detailed explanation as to why).

Another good example of “great movie–bad title” is the Annette Funicello-Frankie Avalon 60’s classic beach romp How To Stuff A Wild Bikini, which won the Palme d’Or at Cannes in 1965. Because of its mesmerizing cinema verite’ style, no one at the time ever questioned the truly odd combination of words that make up its title or what sort of water oriented practice this might be. There was also no attempt to present any sort of tutorial within the film which renders the title not only odd but misleading as well. But again, nobody cared.

Another great film, assuming you’re an eight-year old boy born in the 50’s, which does lower the bar a bit, is The Giant Behemoth. The producers must certainly have felt that this title had more pizzazz than the original title, The Expectantly Large Behemoth, and were wise enough to realize that the coolness factor of the title monster would blind the children watching the film from recognizing any sort of linguistic problems with the title. Which it did. Much to the chagrin of National Board of British Educators.

Everyday things have dubious names as well which get completely ignored because they’re either useful or taste good and/or have been around so long people have ceased to realize they have dumb names, as has been noted just previously in the case of the walkie-talkie. For example, what does a candy bar have to do with Alexander Dumas’s novel The Three Musketeers? I understand Reese’s Pieces, Gummy Bears, and Tootsie Rolls, but I do not understand the Three Musketeers Bar. Why was it named this? Was it because Far From the Madding Crowd wouldn’t fit on the wrapper? Also, on this same subject, there is no piece of candy inside a bag of M&M’s that even vaguely resembles an M. If anything this product should be called O’s And Other O’s. Also, why has no one questioned the fact that the singular form of one piece of this particular candy is referred to as “an M&M?” Shouldn’t it just be “an M?” as in “Do you want an M?”

Oh wait. I have just noticed that right below the name on the package of M&M’s (which I just went out and purchased because that’s the sort of dedicated journalist I am), in teeny tiny print is the word “brand.” Ah, so it’s M&M’s brand, the first M being for Forrest Mars and the second for Bruce Murrie who owned twenty percent of the company. I see now. It’s M&M’s brand. Of…what exactly? Random stuff in a bag? Truly this is a new low point in corporate inertia that they couldn’t be bothered with actually giving their product a name–unless of course this phone conversation transpired in 1941:

Bruce Murrie: “Mars? Murrie here. We need to name the new candy product. The one that looks like little O’s and other little O’s. What are your thoughts?”

Forrest Mars: “Let’s put our initials on it. And we’ll call it M&M’s–”

And then he tripped and fell out his office window.

So while this may clear up the name mystery, there still leaves the yet unchallenged problem with singular grammar as it relates to just one piece of this candy. Why do we offer one piece of this candy and say, “Want an M&M?” If M&M’s is possessive then just one piece still has to be an M&M’s. If somebody offers you one bottle of Schweppe’s tonic water they refer to it as a Schweppe’s. They don’t say, “Wanna Schweppe? They don’t say that because (a) it’s wrong grammar and (b) it sounds like a proposition and they’ll get slapped. Also I notice that there’s no possessive apostrophe on the label of Schweppes Tonic Water despite it being invented by Johann Schweppe. Does this madness have no end?

But getting back to the point, if you’re a manufacturer, or an artist, or inventor, don’t waste your time trying to come up with a snappy name for whatever it is you just built, filmed, wrote, or drew. You can give your new thing whatever wacko name pops into your head and nobody will care because the coolness factor (assuming there is one) will completely misdirect people’s attention away from the fact that your thing doesn’t have a comprehensible name. Or any name, as in the case of M&M’s. You could sell Jaws Behemoth Walkie-Talkie Bikini Hot Dog Buns and nobody would think twice about it as long as they were really good. Probably the best example of this pulling a name out of a clown’s ear with no deleterious effects is Bob Dylan’s famous song “Rainy Day Women #12 & 35” in which there is no mention of rain, women, or any sort of numerical list. And yet it was very popular. And when it came on the radio you couldn’t help but sing along with it as the lyrics were infectious and were something everybody could relate to. Even if you didn’t grow up with them at the time, you probably know them well:

How many roads must a man walk down, before he’s forever free?
Yes, how many years can a mountain exist, before it’s washed to the sea?
All lies and jest, still a man hears what he wants to hear:
“This land was made for you and me.”

One thought on “A Name By Any Other Name”