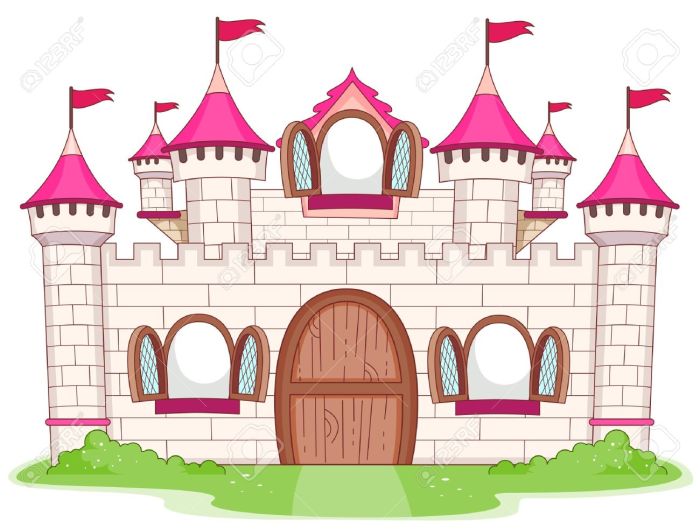 Once upon a time in a land far, far away there lived a wise and good queen named Fiona the Fair, daughter of Nellie the Nice and Peter the Pithy. And once a year on her birthday she would hold court and listen to all grievances and disputes as presented by her subjects for the purpose of finding just resolutions. This was held in the great hall and people from all over the kingdom crowded in to both listen and be heard.

“All rise for Her Majesty the queen, Fiona the Fair,” called the Lord Counsel. And all did as Fiona entered and took her seat at the end of the hall upon the dais.

“Number one?” Fiona requested, looking about.

“It was my cow!” cried Farmer Zoot, pushing his way forward. “You stole it from me! I was taking it back.”

“Anna the Beggar stole a chicken from me,” said the Woodcarver.

“Step forward, Anna the Beggar,” said Fiona. And so Anna did. “Is this true? You stole a chicken?”

“I fine you ten ducats.”

“But, Your Majesty, I’m but a poor beggar. I couldn’t possibly afford to pay ten ducats.”

“Hm. Very well. I fine you one chicken. Do you still have the one you stole?”

A man dripping wet holding his hat in his hands stepped forward. “Nabob the Fisherman, Your Majesty.”

“I got caught in the hurricane. My boat sank. I was able to swim to shore and escape with my life, but my boat is gone because of the hurricane and now I have no means of income.”

“Did you not foresee the hurricane?” she asked him.

“I did, Your Majesty,” he replied.

“And you posted it in the town square?”

“And you said it would be bad?”

“Silence! You will buy a new boat for Nabob the Fisherman as his hardship is the result of your lack of clarity. Moving on.”

A couple hesitatingly shuffled forward with their teenage son between them. The father spoke. “Your Majesty, our son is sixteen years old but remains in the third grade and seems incapable of progressing forward. We’re at our wits end and don’t know what to do.”

Fiona eyed the boy. “What is your name, lad?”

“Why are you so poor at your studies, Harold, so that you can’t progress to the level you should be at?”

“Where is the School Teacher, Myrtle the Weary!” Fiona demanded, her eyes darting about the room.

“Here, Your Majesty,” said a middle aged woman stepping toward the middle of the room.

“Henceforth,” Fiona said, “you will inspire Harold to do better at his studies so that he may progress to the level he should be at.”

“You will say inspiring things.”

A twenty-three year old young woman sprinted to the middle of the room. “Yes, Your Majesty!”

“You have been Assistant to the School Teacher for the last six months, is that correct?”

“Yes, Ma’am! And I have enjoyed every minute of it. Being in the kingdom’s education system has been my dream since I was a little girl.”

“From now on you are the official School Teacher.”

“Really?! Really?! Oh, gee willikers, this is great! I love teaching kids, especially the teenagers! That’s the time when their minds are evolving and they’re challenging things–”

“and they question things. And their minds are like these vortexes sucking in information like a sponge–”

“Get a hold of yourself.”

The Lord Counsel, who had been standing just to the queen’s right, stepped forward. “If you will forgive me, Your Majesty, I’m afraid I must object to this hiring of so young and inexperienced a person for the position of School Teacher. I happen to know that in the large kingdom of Gub they have a similar problem of teenagers not meeting their full potential, and their school administrators attribute this to, as do I, their lack of older and thus experienced teachers.”

“Hm,” said Fiona, “You might have a point. Alice, I’m returning you to the position of Assistant to the School Teacher.”

“I mean yes, Your Majesty?”

“You will remain in your position of School Teacher.”

A young man with a plume in his hat and a sword on his hip and holding a dwarf by the neck gestured to the queen that he would like to be next.

“D’Artagnan, is it not?” inquired Fiona.

“You have ‘I’m D’Artagnan’ embroidered on your shirt.”

“Your power of observation is exceeded only by your keen and just wisdom, Your Majesty.”

“Uh huh. What is your grievance?”

“I and my fellow musketeers were playing cards with Arnold the Jester and we caught him cheating.”

“You’re not a musketeer.”

“Okay, well, me and the three actual musketeers, Athos, Aramis, and… …the other one, were playing cards with Arnold the Jester and we caught him cheating.

“Is that true, Arnold? You were cheating?”

“Hm. Seems like a good reason. Unhand him, D’Artagnan, and return to him any money which you and the real musketeers may have won from him.

“Roger the Sheepherder here, Your Majesty. Alvin of Argyle burned down my barn.”

“Why were not able to attend the Corn Festival?”

“Why didn’t you ride your horse?”

“Why didn’t you wait for the rain to stop and then walk?”

“The road was all muddy.”

“Why didn’t you put on some boots?”

“Why don’t you have any money?”

“Why don’t you peddle your manure?”

“Dear me.” Fiona the Fair took a deep breath. “So as to guarantee that all may be included in this yearly festivity, I decree that henceforth the Corn Festival will be held in Ickbert the Manure Merchant’s yard.”

“Oh shush! And I’m declaring his daughter this year’s official winner of the Miss Corn Festival Person…thing, as she obviously would have won had she had the opportunity to compete.”

“Bless ya’, Ma’am, bless ya’,” Ickbert cried. You truly are the fairest of the fair.”

“Thank you, Manure Merchant. Being fair is good. Now, everyone, dancing!”

And as everyone in the hall proceeded to dance, Fiona the Fair slipped out quietly and went up to her chambers. And there she stepped before a great mirror, and spoke to it:

“Mirror, mirror, on the wall, who’s the fairest of them all?”

And the mirror replied, “You are, Fiona the Fair. You are.”

And she was glad. And she lived happily then, before, and ever after.